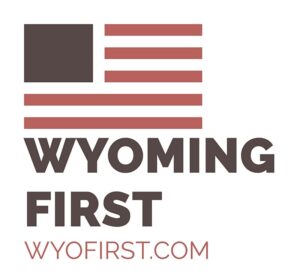 (click the image to the left, then scroll down to State Representative 37)

To my Neighbors in Natrona County:
Like you, I take my rights and responsibilities as a citizen seriously.

I used to think as Ronald Reagan said, that we may be telling our grandchildren about the freedom we once enjoyed. But now we find our freedom being lost faster than we ever imagined. Like you, I want to save the Constitution and liberty we’ve enjoyed for the next generations.

Our Wyoming Legislature is complicit in giving away our liberty. Our current representative has voted in our citizen legislature for 20 years, where he has arguably done more harm to our state than any other legislator currently in office. It is time to send another person to Legislature.

That is why I ask for Your Vote to send me to the Wyoming House of Representatives.

We voters of Wyoming believe we are sending nearly all Republicans to Legislature – 88%. With that we should be leading the nation in freedom, but are left far behind. Two-thirds of this supermajority of Republicans are voting against our will. We need a “red wave” in Wyoming of actual Republicans. Republicans who will work with the current conservatives in our legislature for small government, low tax, and who have a spine to stand against all federal overreach ruining our economy and taking away our personal freedom.

I am the only conservative in this election for HD 37. The current Rep has failed us greatly by continually Taxing and Spending and by working with Capitol Insiders.

His score with American Conservative Union (CPAC awards) in tax, spend, and budget is a treacherous 15% out of 100%! Evidence Based Wyoming calculated the votes raising the budget through amendments more (than $100 million), and the incumbent voted worst on raising the budget – he raised the budget more than all 7 Democrats did! Let me say that again – no Democrat in the Wyoming House voted for more budget increases, thereby requiring more tax money from you, than Steve Harshman!

Our legislature has failed to stand up to federal overreach. Our representative was Speaker of the House for four years, breaking the unwritten rule of a single two-year term. Now we face our extractions industries in extreme peril with many people out of their good paying jobs, much on his watch.

Wyoming Legislature convened last October for a special session intended to protect the people from overreaching federal Covid mandates. Nothing was accomplished. During that time the incumbent did earn Wyoming a Blaze News article for being “so incensed” when a fellow legislator wanted the transparency of a recorded vote, that he cursed and name called the other representative as Harshman was caught on a hot mic.

I will never be part of the Capitol Insiders game. I will be completely transparent with you and I expect you to throw me out of office if I fail you as my incumbent opponent has.

As your representative, I will always vote against these left-of-center agendas.